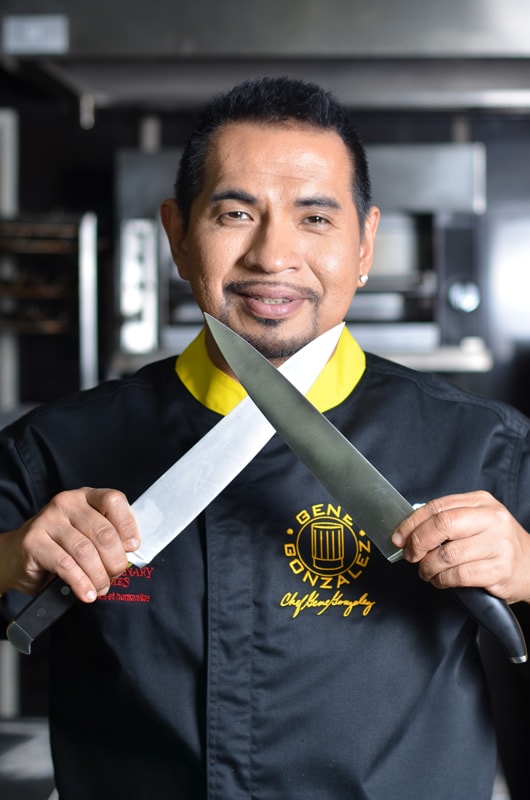 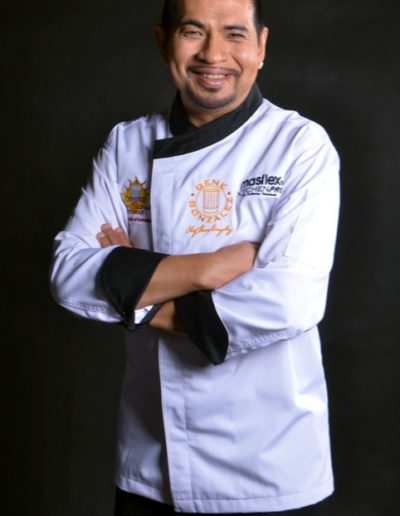 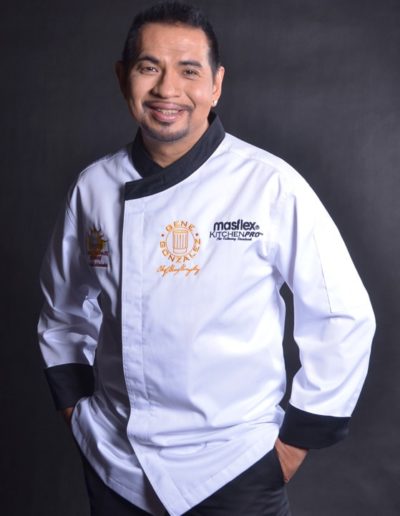 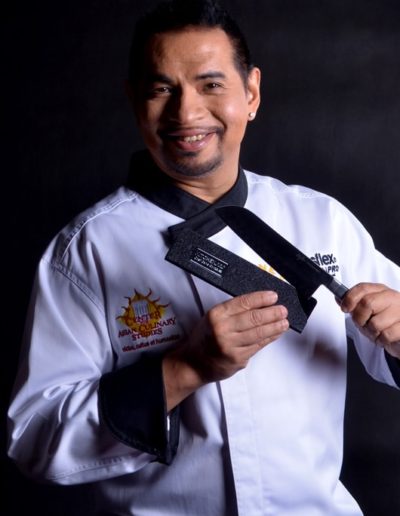 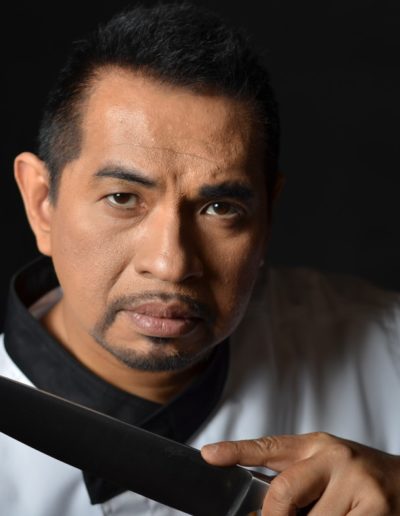 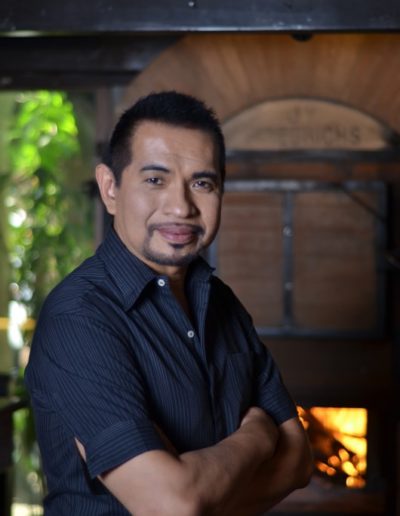 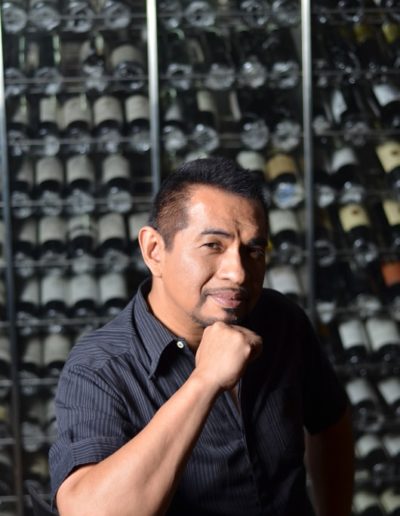 Chef Gene, as he is popularly known, is the President of the Center for Asian Culinary Studies.

He is the only Ten Outstanding Young Men awardee in Culinary Arts.

Gene comes from a family of restaurateurs. At the age of 23, he opened, as chef-owner, Cafe Ysabel in San Juan, Aside from a series of apprenticeships in France and Italy, he has completed various specialized courses in food arts, Culinary Institute of America and the California Culinary Academy.

An avid and prolific writer, he edits a weekly food page for one of Metro Manila’s major daily newspapers and has authored 15 cookbooks. As an author he has received numerous national and international awards and citations for his books on food and mixed drinks notably garnering two World Gourmand Awards for his recent books.

Chef Gene sat for two terms as Board Member of the College of Saint Benilde and at present is Conseiller Culinaire of the Chaine des Rotisseurs and as Echanson National of its Wine Society the Ordre Mondial de Gourmets Degustateurs which is the most prestigious gourmet society in the world.

He is also a member of the London based International Wine and Food Society.

In his desire to apply his extensive culinary expertise Chef Gene has undertaken research and development projects with major food manufactures and flavor laboratories.

The Masflex KitchenPro Knife Collection is the product of his latest collaboration with a major company involved in manufacturing kitchenware.